It has been estimated that by 2020, China’s market will equal that of the United States, Japan, the United Kingdom, Germany, and France combined today. 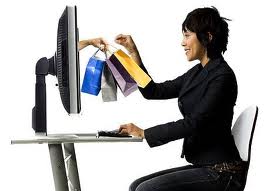 In the first half of 2013 145 million online shoppers in China spent over 850 billion U.S. and reports show that these numbers are set to sky rocket, for every year for the foreseeable future, with another 30 million Chinese who will go online to shop for the first time.

The growing role of online shopping is believed to be related to limited shopping choices in small towns in much of the country, a quarter of Chinese shoppers now seek products online because they are simply not available at physical stores.

Emma Baker is a senior consultant for Latus. Emma has a background in communications and marketing, with a focus on business development. Her primary focus for Latus is assisting in spearheading the growth and direction of the company´s marketing initiatives in Australia as well as; channel development, strategic partnerships, brand image, and customer acquisition through both online and offline advertising. Emma resides in Melbourne Victoria and holds a degree in Business from Victoria University and Arts, from the University of Ballarat.