The NSW Supreme Court has upheld the decision that a vehicle operator could not claim the “reasonable steps” defence after a breach of the mass requirement of the Road Transport (Vehicle & Driver & Management) Act because he did not check that a forklift operator had loaded the truck as instructed.

The most common question I get asked with the Chain of Responsibility legislation is “can you give me a list of Reasonable Steps that I can follow. Of the course the answer is “No” 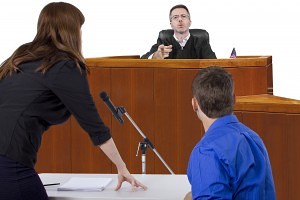 it all depends what is reasonable at the time.

Initially let me clarify what the two components of a Chain of Responsibility Policy & Procedure are:

Basically WHAT you intend to do

The definition of a Procedure is:

“A fixed, step-by-step sequence of activities or actions (with definite start and end points) that must be followed in the same order to correctly perform a task.”

Basically HOW you will do it

Unfortunately our audits and investigations in to Chain of Responsibility identify procedures that are so vague the person who they apply to would have no idea in how to apply them. So here are some tips; always start from the right end and work backwards! That is start at the end point (e.g. Truck or Dock) and work backwards to the office.

Take for example the Magistrates Decision against Lennon’s Transport fined a record $1.2 million, the judge determined:

“Numerous offences occurred because of a failure of Zaens (sic: they trade as Lennon’s) to design a system to ensure compliance with the law”.

The court found there was no evidence that management was required to check average speeds on logs and no evidence of a standard time for a particular route, ie take “reasonable steps”.

Honest Mistakes Are NOT a Reasonable Steps Defence

The Chain of Responsibility legislation is quite prescriptive in what constitutes a Reasonable Steps Defence and what doesn’t.  For example under section 181 of the Victorian Road Safety Act 1986 (Version 113, 2009), it states clearly that honest mistakes are not a defence.

181 Exclusion of mistake of fact defence
(1) This section applies ifa provision of this Part states that a person does not have the benefit ofthe mistake of fact defence for an offence.
(2) It is not a defence to a charge for the offence for the person to prove that, at or before the time of the conduct constituting the offence, the person was under a mistaken but honest and reasonable belief about facts which, had they existed, would have meant that the conduct would not have constituted an offence.
Note this exclusion applies only toPart 10—Provisions Concerning Breaches of Mass, Dimension and Load Restraint Limits and Requirements in the VictorianRoad Safety Act 1986
No. 127 of 1986, specfically stated in seciton 151 of the same ACT.  It is however worth noting this exclusion and checking with other CoR compliance requirements in your jusridication.

So back to the question, what are reasonable steps?

You now have a Policy & Procedure that actually works at an operational level and not a beautiful looking but operationally useless document. The above sequence may well be contrary to most peoples thinking as it starts from the bottom up. This is very much on purpose; why you ask? It gets the operational level personnel involved and contributing to what they will need to apply in their day to day operation and the process is written from what “actually happens” not a theory of “what should happen”.

If want more information or how to design a Compliance System please contact us:

Mike Wood, Managing Director – LATUS: Logistic Risk Specialists Mike Wood is the recognised Australian Specialist on Chain of Responsibility Legislation and its Impacts upon the Logistic Industry. Since 2003, Mike has been heavily involved in Chain of Responsibility (known as Compliance and Enforcement in Western Australia). Mike is frequently interviewed or comment sort by Australian Media outlets, as well as providing expert witness testimony in legal proceedings. Most recently engaged by the Western Australian Government to help educate WA businesses on the new Compliance and Enforcement legislation and its impacts on them. Mike regularly advises Governments and Business across South East Asia and Australia on Logistic Issues, and was particularly involved in the Chain of Responsibility legislation, and codes of practice. Mike’s expertise extends to multiple facets of the Supply Chain, having undertaken projects such as, Integrated Logistic Chain Design, Australian Disaster Management Response Logistics, Coal Chain designs, Port operation & infrastructure, Logging Operation design, Sugar production, livestock movements, logging etc.